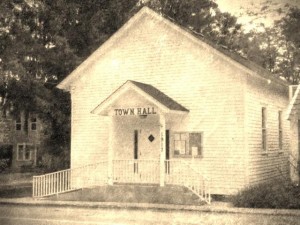 A Little History
Burton Township is bounded on the north by the State of Wisconsin; on the east by Lake County, IL; on the south by McHenry Township; and one the west by Richmond Township. It is drained by Nippersink Creek, and is well situated by nature adapted to high-class agriculture and stock raising.
Burton Township was among the first to be settled. It was first settled by Englishmen, and the name English Prairie was given it. The original settler was Jonathan Imeson, who came here from England in1836, and others that settled here were Stephen Lawson, Martin Hoffman, William Fowles, Richard Upston, Joseph Rice, John A. Mann, and Joseph Blivin.
The township was first called Benton by Jackson Wray, but upon it being learned that there was already a post office and township of Benton in Illinois, the name was changed to Burton.
The first religious services within the township were held at the residence of Jonathan Imeson in 1843. The minister came from Kenosha, then called Southport, to conduct them. Cemeteries were early located at Spring Grove, English Prairie, Stevens, Cole’s, Sanborn’s, and Wray’s. The first death known among the early settlers here was that of Mrs. Frank Richardson, who passed away in the autumn of 1837.
Soon after the settlement was made William Stearns taught a term of school having only fifteen pupils. The building in which it was taught was a log one on the Nippersink Creek.
The first marriage was that uniting Jonathan Imeson and Mary Wray, on November 30, 1837. Their first son, Robert T. Imeson, was the first child born within the township.
The first post office was called Blivin’s Mills. It was established in 1851, with Joseph Rice as postmaster. The name was changed to Spring Grove on January 24, 1883.
Today
The Township is committed to the residents by performing its governmental responsibilities and maintaining the township roads. The township contributes to and supports local organizations such as the Spring Grove Recreation Program, Richmond Senior Transportation Program, McHenry County Historical Society, and the Fish Hatchery Fund Raiser.

The Burton Township list of meeting dates are posted for review here. This has been approved by the Township Board on 12/14/2021.